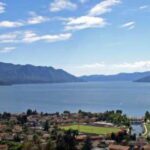 There are many things to see in Maccagno, from the religious testimonies with churches and frescoed chapels, among which the Sanctuary of the Madonnina della Punta stands out, to the narrow streets with leaning houses, dominated by Torre Imperiale.

Also of value are the washhouses, the sundial of Campagnano, the wooden figures of Musignano, the mosaics of Cadero, the Casa Branca with its precious loggias, and the numerous alpine pastures. Then a visit to the Parisi Valle Civic Museum, which houses its creator’s collection of modern art, and to the Roncovalgrande Power Plant are a must.

Last but not least, don’t miss the promenade that connects the beaches from Inferiore to Gabella and enjoy the breathtaking view of almost all of Verbano, from the peaks of Canton Ticino to the Borromeo Gulf. 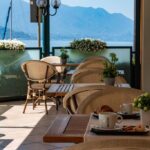